The Bighearted Scotland Charitable Trust was formed in 1994 when a group of charities decided to work together to raise vital funds for their individual causes. A donation to Bighearted Scotland works harder by helping a wide range of good causes for children, adults and animals with a range of issues including epilepsy, special needs, exclusion, animal protection, disability, cancer and mental health problems.

Charity Stars were set up in 2019 and consists of 7 amazing charities.

By donating to Charity Stars, you are funding seven wonderful causes and all the great work they do - all in a tax-effective way through your payroll which makes the most of your generous gift.

Friends at Work was formed in 2004 and is made up of nine hard working charities in similar fields seeking to help those suffering from health related illnesses and disabilities that affect quality of life.

Become a friend today and find out how easy it is to donate and make a difference to the lives of those aided by these wonderful charities.

Your donation will be split equally between all the charities within the group, these are -  Action Medical Research, Action on Hearing Loss, Childlife, Mencap, Guideposts, Muscular Dystrophy UK, RNIB, Signhealth and The Roy Castle Cancer Foundation. 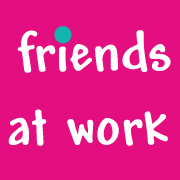 Giving for Futures was formed in 2016 and consists of four amazing charities, Against Breast Cancer, National Deaf Children's Society, Seeability and YMCA England.

This consortium is hoping that by working together, they can attract regular and much needed income from payroll giving donors.

All donations to this group will be split equally between the charities within it.

Smile a Minute consists of eight well respected charities who work closely together to encourage employees to use tax-effective payroll giving to support the work they do with children and adults.

Why not join the thousands of donors who are already supporting the Smile A Minute charities, helping them to achieve their goals and really putting a smile on the face of those that need it.

Your donation will be split equally between the charities in Smile a Minute, these are - Action for Children, Carers UK, Childlife, Great Ormond Street Hospital Children's Charity, Mencap, MS Society, People for People and Sightsavers International.

Six fantastic charities, which as the name would suggest, are working together to change the future for the better of those what rely upon their support.

Together for Change was launched in October 2010 and is proving a popular choice for both employers and employees wishing to donate to a variety of causes rather than having to choose just one.

Donations to this group will be split equally between these charities: Blindcare, Carers UK, Child Concern Consortium, Childlife, Contact and Together for Animals. 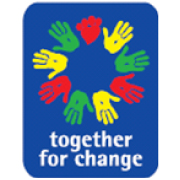