ABF The Soldiers Charity are for soldiers, for life. They provide financial assistance to all soldiers and their families when in need whether the soldier has left the Army or not. The scope for their work is huge. Half of their money is given direct to individuals to help in areas such as debt relief, mobility assistance, education bursaries, care home fees and respite breaks. The other half is given as grants to other charities.

At Help for Heroes, we believe those who serve our country deserve support when they’re wounded.

Every day, seven people have to leave the Armed Forces as a result of physical or psychological wounds; their lives changed forever.

We help them, and those still serving, to recover and get on with their lives. We give them physical, psychological, career, financial and welfare support when they need it. We also support their families, because they too can be affected by their loved one’s wounds.

We receive almost no funding from the Government, which means we rely on the spirit and generosity of the great British public, our partners and volunteers to keep going. Rest assured, we continue to put pressure on the Government to do more.

So far, with your help, we've supported more than 22,000 people, but we know that many more still need us. We won’t stop until every wounded veteran gets the support they deserve.

The Royal British Legion (RBL), sometimes referred to as the The British Legion or The Legion, is a British charity providing financial, social and emotional support to members and veterans of the British Armed Forces, their families and dependants.

Perhaps best known for the yearly Poppy Appeal and Remembrance services, the Legion is a campaigning organisation that promotes the welfare and interests of current and former members of the British Armed Forces.

The Legion support nearly 36,000 War Disablement Pension cases for war veterans and make around 300,000 welfare and friendship visits every year.

The Legion holds a fund-raising drive each year in the weeks before Remembrance Sunday, during which paper poppies are offered to the public in return for a donation to the Legion. The Poppy is the trademark of The Royal British Legion and other products bearing the Poppy, are sold throughout the year as part of the ongoing fundraising.

There are over 50 Legion bands around the world, each run and funded independently. They include full concert show bands, brass ensembles, pipe and drum bands, marching bands and youth bands.

The Royal British Legion has an extensive network of Social Clubs called Legion Clubs throughout the United Kingdom. 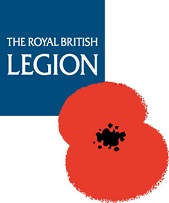 We want our Armed Forces (both Regular and Reserves), veterans and their families to know they can depend on SSAFA for support now and for the rest of their lives. Our values mean we are committed, practical and understanding.

The Royal Navy and Royal Marines Charity is the principal charity of the Royal Navy. It works hard to ensure that sailors, marines and their families are supported, for life.

Through grants to ships and units who are deployed, post-service transition, family support and care in old age, the RNRMC is helping to create a world in which our serving men and womenâ€™s sacrifice is recognised and that they are supported no matter what. We are there to provide a safety net for those who find themselves in immediate need, we support counselling services, mental health provision and those who need the most basic of help, a roof over their heads and a hot meal.

As a world-class grant maker of over ten years, the RNRMC has distributed in excess of 60 million pounds in support of the naval service https://www.rnrmc.org.uk/about-us

donate now
Scroll to Top
We use cookies to ensure that we give you the best experience on our website. If you continue to use this site we will assume that you are happy with it.Ok