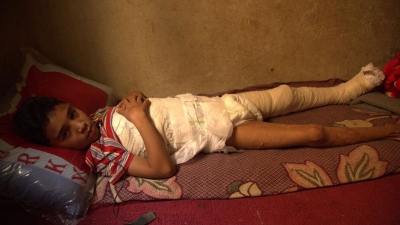 Save the Children with your Payroll Giving donation

More than half a million babies may have died because of wars in the last five years, charity Save the Children has reported.

Their research suggests 300 babies are dying every day, working out as an average of more than 100,000 deaths annually.

This figure does not include children killed directly by fighting.

The charity found at least 550,000 deaths of children under the age of one could be attributed to the effects of conflict in the 10 worst-affected conflict zones, including Yemen, Syria and Iraq, between 2013 and 2017.

When the age range was increased to children under the age of five, the deaths rose to 870,000.   Read more