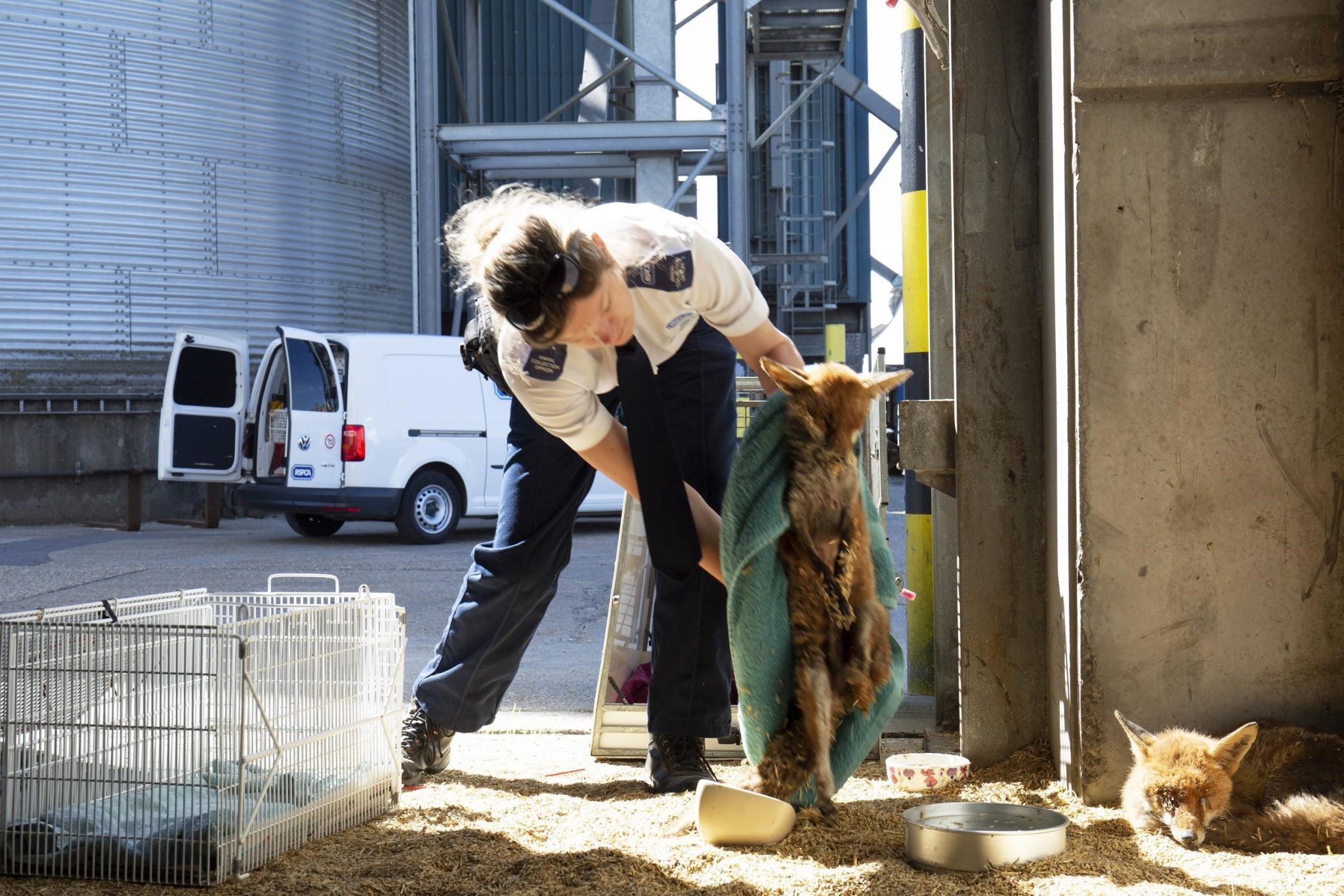 The RSPCA’s key workers have responded to 100,000 incidents* during lockdown.

The animal welfare charity’s frontline officers, animal carers and vets have continued to rescue, treat and care for animals in need since the country went into lockdown on 23 March.

RSPCA animal rescuers were designated key workers by the Government at the beginning of lockdown but the global pandemic has had a huge impact on the charity’s finances. Vital funding is needed to help the organisation continue its work rescuing animals and caring for the 6,381 animals in its care** across England and Wales.

As well as operating an emergency service, rescuing animals in need, RSPCA officers have also been collecting animals from the homes of people who have been admitted to hospital with Covid-19, who may not have anyone else to care for them while their owners are being treated.

The charity’s staff were quickly designated as key workers so they could continue to respond to emergencies and rescue animals from cruelty and neglect. And the organisation quickly responded to changing procedures and protocols in light of the global pandemic.

Dermot Murphy, Chief Inspectorate Officer, said: “We’ve had to quickly and drastically change the way we work during these unprecedented times, from the way we rehome animals to the PPE we wear when responding to calls.

“But the priority for us during lockdown has been to continue to be there for those animals who need us – while also helping people who have been hit hard by the pandemic.

“Now, more than four months into lockdown, we’ve passed a milestone as we responded to our 100,000th incident. And our staff are as busy as ever collecting abandoned animals, investigating complaints of cruelty, providing life-saving veterinary treatment to the sick and injured, and finding wonderful new homes for our residents.

“But to continue our vital work and to survive the huge impact this pandemic has had on the economy and, therefore, the charity sector, we really need your help. Please donate whatever you can spare.”

Some of the rescues carried out during lockdown include:

Since Defra approved a new process for rehoming rescue animals, the RSPCA has found wonderful new homes or foster carers for 5,723*** animals. To help the RSPCA keep rescuing animals and keep our animal hospitals and centres running for emergency treatment and round the clock care through these unprecedented times, please donate whatever you can spare.